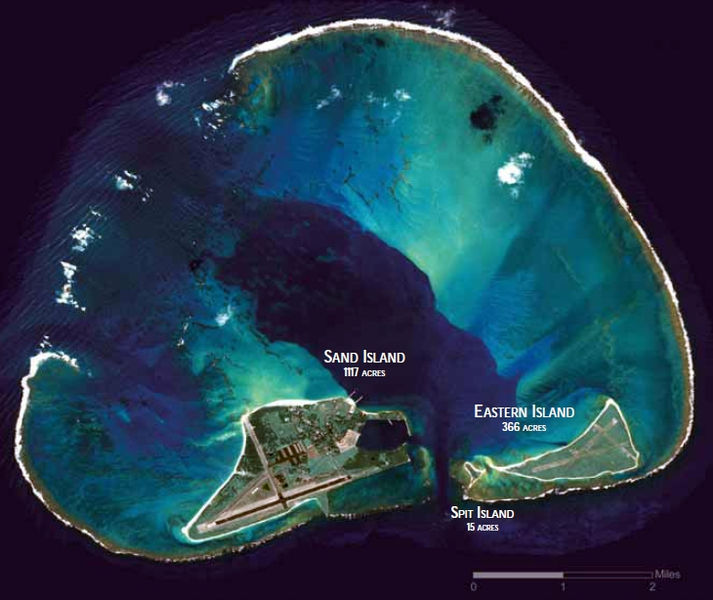 Diary from the middle of nowhere

Plastic debris collects around the atoll, scene of a seminal World War II battle, with serious consequences for its wildlife.

Time to hand over a gift from the other side of the world: a cloth carrier bag from the very distant town of Modbury in Devon.

The connection behind this offering is the camerawoman Rebecca Hosking, who is from Modbury and came here to film on Midway two years ago.

She was so moved by the plight of the dying albatrosses that on her return to Devon she began a campaign against plastic waste which has gathered national momentum.

I’m told the Modbury cloth bag will now feature in Midway’s visitor centre alongside the horrific array of plastic toys and cigarette lighters and toothbrushes found in the bellies of the seabirds.

On the subject of toys, thanks to those of you who’ve offered suggestions for the identity of the much-travelled toy soldier I found during the beach clean-up.

One suggestion is that it’s Gigantor, a robot from a cartoon popular in Japan and the US back in the 60s; another that it’s a model of Ted Hughes’ Iron Giant.

Either way I’m going to add many more miles to his voyaging because he’s staying in my pocket for the journey home, a battered reminder of the current threat to Midway.

I take a few moments for the echoes of Midway’s past.

Midway has evidence of its battles past

Valour of a different kind is needed now.

As the refuge manager, Barry Christenson, sees it, in World War Two the US forces had good intelligence on their enemy and a plan for how to respond.

By contrast, there’s now limited intelligence on the whereabouts of the plastic threat and no plan for a response at all.

So what’s the answer? He hopes that people will start to think about the consequences of their use of plastic.

That way, a bit less may end up killing the wildlife here. I can’t help thinking that this Battle of Midway will take a lot longer than the last one.

via BBC NEWS | Science/Nature | Diary from the middle of nowhere.